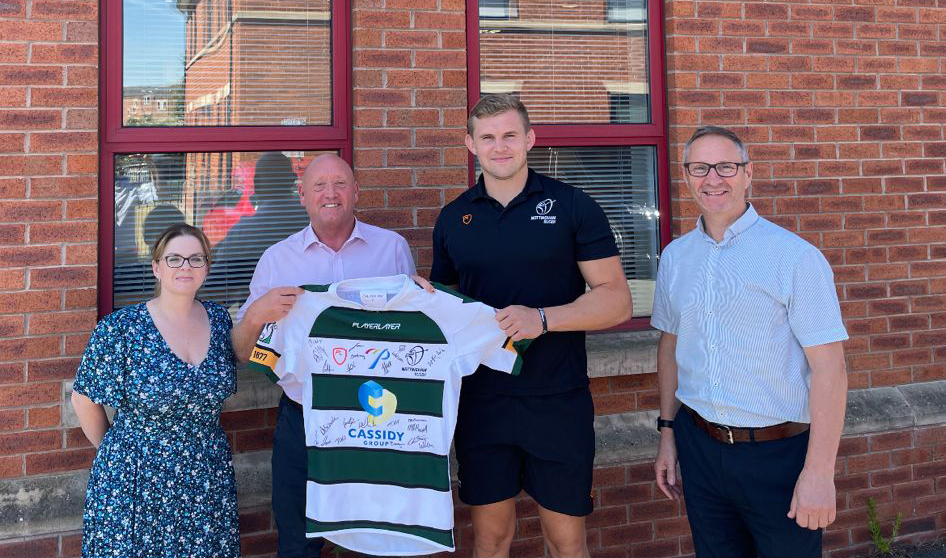 Morecrofts are delighted to be sponsoring the captain of Nottingham Rugby club, Josh Poullet, for the forthcoming season.

Josh is a 28-year-old professional rugby player who has also represented Premiership winners Leicester Tigers, including in the Premiership Rugby Cup, through a partnership arrangement between Nottingham and Leicester. Nottingham Rugby Club play in the Greene King Championship, the 2nd tier of Rugby Union in England, and Josh has made 96 appearances for the team and his favoured position of Number 8.

Talking about the sponsorship, Jared Mitchell, MD of Morecrofts, said; “We’re always delighted to support and engage with local communities wherever possible. We’re also very active in the Nottingham construction market – having completed over £20 million of electrical works there over the last 10 years, with current workload totalling over £6 million.

So when we were approached to provide player sponsorship, we were very proud to support Josh as he continues to pursue an exciting career. He is both a fantastic player and person, and he does a lot for the club on and off the field. We’re looking forward to seeing him out on the pitch, now not only representing a local team but Morecrofts too.”

Morecrofts also recently watched as Derby tennis player, Jay Clarke, took on the greatest event in the tennis calendar. Following 2019, when he played Federer, it was great to see Jay at Wimbledon once again… and in his Morecrofts sponsored shirt!